Young Workers More Likely To Be Hurt At Work: The Younger Face of Workplace Safety 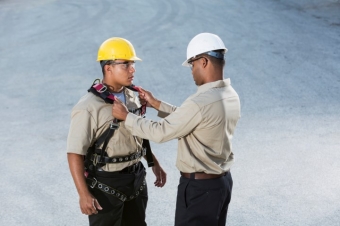 Whether through a lack of safety training or simple immaturity, young workers get hurt at a disproportionately high rate.

As times change, so too do the requirements of workers. While the majority of those in charge of businesses have been in the workforce for quite some time, a growing percentage of their employees are quite a bit younger. These workers are not only inexperienced, but also quite prone to being injured. Whether through a lack of safety training or simple immaturity, young workers get hurt at a disproportionately high rate.

Understanding the dangers posed to teenage workers requires looking at the makeup of the workplace. According studies, around 18 million young people (defined as those 24 or younger) are in the workforce, making up around 14 percent of the market. The vast majority of these young people work in the hospitality and food services sector, but will be found in almost every part of the market. Indeed, the more likely there is to be danger to a young person, the more likely they are to be found in that profession -- typically "safe" professions such as office work see the lowest proportion of young workers.

How They Are Paid

These younger workers are not necessarily looking at stable employment or wages. Most of them tend to work in the hospitality and food sectors, which have the highest proportion of minimum-wage hourly jobs. Around 20 percent of all young workers make minimum wage or less, and as a group they make up one of the largest demographics in hourly wage labor.

Despite the lower pay, this is also a group that seems to be disproportionately prone to being injured. Young adults tend to work in the most injury-prone sectors of the market, leading to one teen work injury roughly every nine minutes. That is equivalent to about 200,000 non-fatal injuries, and about 70 fatal injuries each year. Statistics show that this group is not only most likely to be hurt, but also twice as likely as their fellow workers to visit the ER for a workplace injury.

What Can Be Done?

There are ways in which these injuries can be prevented, and most of them come down to paying attention to the workplace. Proper and attentive supervision is key. Given that around 35 percent of all injuries happen to unsupervised workers, it seems obvious that younger workers require direct supervision in the workplace.

They also need training. Not only should there be updated safety videos and training to deal with real-life issues that are relevant to younger workers, but also these workers need hands-on experience to safely use their tools. In addition, these workers need the proper safety equipment so that they will be able to work without becoming victims of preventable accidents. Younger workers also need to be given the time to work safely. Most feel rushed on the jobmaking them accident-prone workers.

No matter how injuries are caused, there are steps to be taken that can prevent these issues. Whether it's giving young workers more time or more training, it is important that businesses take the time to really figure out how to prevent injuries in a younger workforce.