Harassment Complaints: Get Ready for Changes to the OHSA 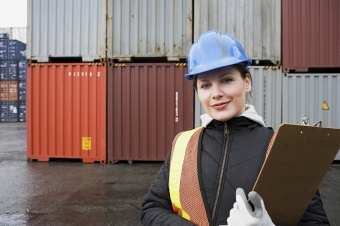 Your spidey senses should be tingling because some kind of investigation should be taking place soon and changes are definitely coming to the OHSA. If not, consider what happened when an employee at CBC complained about Jian Ghomeshi and it was ignored...

...or when an employee at the TO2015 Pan American Games complained about David Peterson and her complaint was allegedly not taken seriously.

Immediately after you are told about Bob the alleged harasser YOU should determine whether the person is alleging workplace harassment.

Under the Ontario Human Rights Code (the Code), harassment on any of the 16 prohibited grounds (like sex and race) is defined as engaging in a course of vexatious comment or conduct that is known or ought reasonably to be known to be unwelcome.

Effective Sept. 8, 2016, workplace harassment under the Occupational Health and Safety Act (the OHSA) will be defined as (a) engaging in a course of vexatious comment or conduct against a worker in a workplace that is known or ought reasonably to be known to be unwelcome, or (b) workplace sexual harassment.

1. An application under the Code

The Code prohibits sexual harassment in employment and a person can file an application under the Code seeking damages. In a 2015 decision, an adjudicator under the Code awarded a former employee who had been sexually harassed $150,000 in general damages.

2. A complaint under the OHSA

3. An action in Ontario’s Superior Court

An employee can sue for damages for a breach of the Code and/or for damages for the tort of sexual assault. In a 2015 decision, a judge awarded a former employee over $300,000 damages in connection with sexual harassment/assault in the workplace.

Lessons to be learned

1. Make sure you have a written policy to investigate workplace harassment complaints in place by Sept. 8, 2016. For information about our fixed fee service, click here.

Need To Understand How Harassment Can Affect Your Business?

With a resurgence of COVID-19 cases in Ontario, Mentor Safety

continues to monitor daily data to ensure the safety of all - clients, trainers and others.

Mentor Safety applies and adheres to all public health guidelines as they are updated.