Is a Dangerous Worker Considered a Recognized Workplace Hazard? 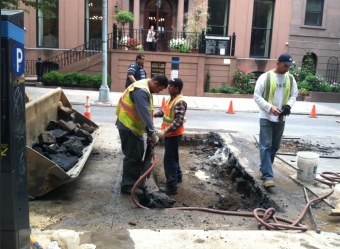 Occupational health and safety laws outline specific hazards that employers are expected to control. These laws include a “general duty” clause that requires employers to control those hazards not specifically listed in the law.

This begs an interesting question: Can a worker, who routinely disobeys company safety rules and works unsafely, be considered a recognized hazard under the general duty clause? The answer is an unequivocal yes, provided there is evidence that the employer did recognize or should have recognized that the worker violated company safety policies and was an accident waiting to happen.

A documented record of warnings and disciplinary actions against the worker and/or critical comments by supervisors would provide such evidence. An inquiry would establish whether the employer took reasonable measures to deal with the hazard posed by the dangerous worker. If it turns out that the worker was allowed to continue performing in a way that endangered co-workers, enforcement officers could justifiably cite the employer for violating the “general duty clause”.

Occupational Health and Safety “general duty” clauses require employers to take reasonable measures to prevent foreseeable risks. If an accident, resulting from the hazard posed by the worker, was foreseeable or, worse for the employer, actually foreseen, the same question would arise: Did the employer do enough to counteract the danger? If the answer is no, the employer cannot prove due diligence, i.e. cannot demonstrate that all reasonable measures were taken to comply with the OHS laws and prevent violations and incidents.

Whether it is working dangerously or allowing a worker, known to work unsafely, to continue working, there is no excuse if the worker causes an accident. This is an example of the proverbial ostrich sticking its head in the sand or “it won’t happen to me” syndrome.

Learn more about recognizing workplace hazards that are not obvious.

See if you can find things that are wrong in the picture of this road construction site! (Top of Article)

Exposed body extremities, fingers, noses, toes, ears and cheeks are especially susceptible to frostbite. While the rest of the body can remain warm and unaffected, the extremities suffer from a poor blood supply in extreme cold, leading to hardness and numbing without the victim realizing what is happening.

To raise awareness and increase compliance with the Occupational Health and Safety Act (OHSA) and its regulations, the Ministry of Labour, Training and Skills Development (MLTSD) will be conducting a province-wide inspection initiative focused on machine guarding from February 17 to March 31, 2020.